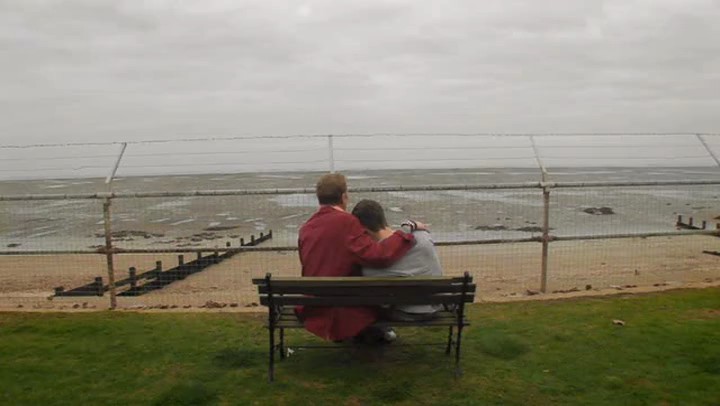 I was looking forward to watching Uncle David, co-directed by Mike Nicholls – the man behind the TV special Living with Boy George (2008), – Gary Reich and David Hoyle, who also wrote and stars in the film along side fellow co-writer Ashley Ryder (oh, it’s all one big happy, incestuous family, believe me). However, if I’d known more before hand I mightn’t have been so quick to subject myself to ninety five minutes of what can only be described as portentous, nonsensical drivel.

The story, what there is of it, concerns David (Hoyle), an ageing campsite (the emphasis on camp) queen, who lives in a caravan by the sea, and his young nephew Ashley (Ryder) who comes to stay with him. As the weekend progresses so does David and Ashley’s relationship in a way that is hardly natural for an uncle and his nephew, culminating in …… Well I shan’t spoil it for you, but suffice to say the bizarre finale made as little sense as the preceding ninety minutes. 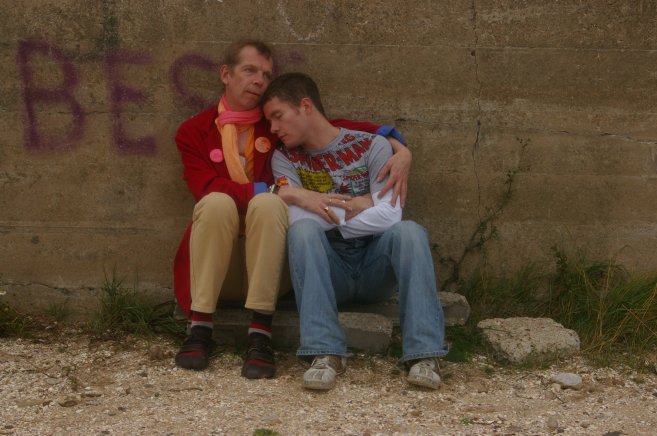 Sometimes you are left questioning why a film got made? It is hard to determine Uncle David‘s target viewer, as it will only serve to emphasise the already widely prevalent impression amongst heterosexual audiences that gay men are, quite literally, ‘from another planet’, whilst alienating the gay population by depicting them as sad, perverted and ultimately lonely individuals.

In the film’s favour, its looks beautiful. Shot on the Isle of Sheppey, off England’s Kent coast, the muted colours of the shingle beaches and piercing blue skies, form a perfect backdrop against which David and Ashely’s sordid antics play out. Film colorist Joe Stabb who previously worked on such productions as Sahara (2005) and Basic Instinct 2 (2006) – how he went from big budget Hollywood to no budget UK (Uncle David was made for a supposed £4,000) is a mystery, but I guess times are hard everywhere – gives the film a colour blocking feel, which is about the only vibrant thing going on.

At one stage in the proceedings David turns to Ashley saying, “the sun is shining on us Ashley. It’s as if nature knows and is rewarding us with lovely bright sunshine. Nature says I’m doing the right thing. Yeah, it’s very exciting!” Well, it might be exciting for them, but its likely to do little for anyone else.