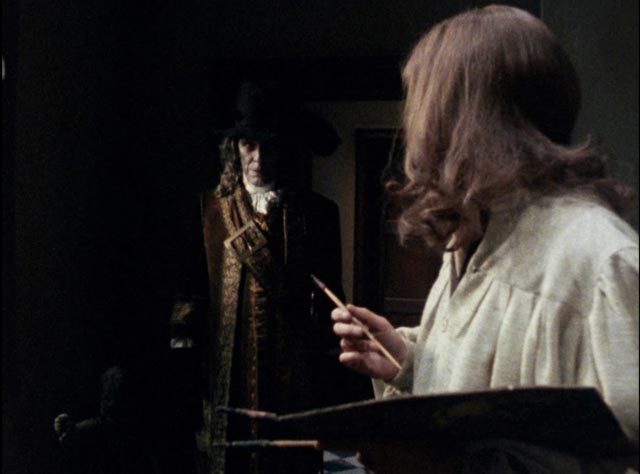 If, as many believe, the medium of film is to be considered a legitimate art form alongside music, the written word and works on canvas, then the memorable BBC period piece from 1979 is probably as close as you can get to a living painting on the screen. Schalcken The Painter – the seldom seen horror story set in seventeenth century Holland, released on DVD by the BFI as part of their Gothic-themed series – has gathered a cult status over the years as much due to its scarcity as for its ability to shock. Though this short television movie, directed by Leslie Megahey and starring Maurice Denham, Jeremy Clyde and Cheryl Kennedy, is unsettling in its content, it’s the production’s visual style and overall appearance on screen as much as any physical horror, which lingers in the viewers mind long after it has finished.

Whilst studying art under the tutelage of master painter Gerrit Dou (Denham), the young Schalacken (Clyde) falls in love with Dou’s niece Rose (Kennedy). However when Rose is betrothed to the wealthy stranger Vanderhausen (John Justin), and with Dou cast into guilt and misery at loosing his niece, it is left to Schalacken to try and get her back with disastrous results. 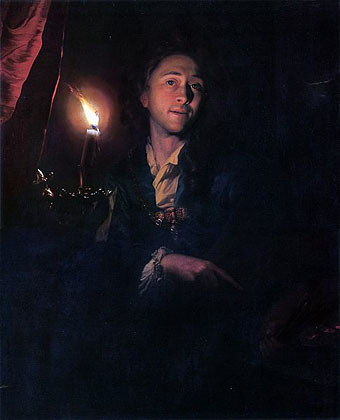 The overriding feeling of Schalcken The Painter is one of seeping dread and decay with the story’s unsettling proceedings playing out against the backdrop of what looks like a real painting from the seventeenth century Golden Age of Dutch art. Indeed the recreation of the period settings throughout the film are so believable that you can sense the dust and decay of the house where Schalcken’s master lives and the action plays out – an authenticity which simply adds to the film’s permeating air of dread and tension.

None of this is to say that the story based by Megahey on an original source by J. Sheridan Le Fanu isn’t distinctly disturbing. From the visitations by the sinister Vanderhausen and his ‘stealing’ of Rose from her family, combined with Schalcken’s ineffectualness at expressing his love for Rose as well as protecting her from her deadly suitor, this is a film which derives its horror as much from inference and suggestion as from any physical manifestations.

Accompanying the release in both high and standard definition, are two other dramatisations including an experimental take on Edgar Allen Poe’s The Pit and The Pendulum (1962), as well as The Pledge (1981) based on The Highwayman by the little known twentieth century practitioner of menace and fantasy, Lord Dunsany. All of these combine to make this one of the strangest yet oddly satisfying collections amongst BFI’s library of releases.