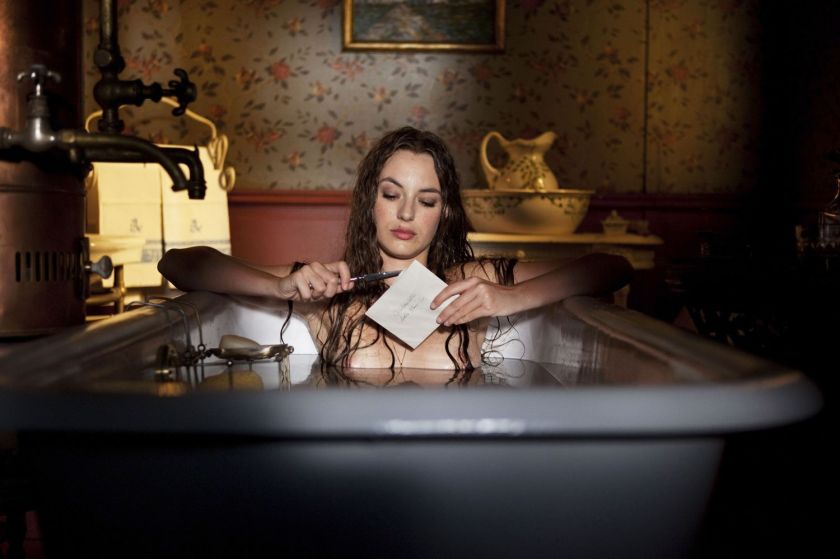 Please meet Adèle Blanc-Sec, adventurer, travel writer and, let’s be honest, general trouble maker. Her publishers have sent her to South America for her latest assignment. However the ever wilful Adèle has other ideas, and is now in Egypt, looking for the mummy of a famous doctor who was physician to the pharaohs. She hopes to take the mummy to Paris, where an eminent scientist has discovered the secret of life. Adèle wants to use the secret to bring the mummy back to life so he can heal her twin sister, who has been paralysed in an accident for which Adèle blames herself.

All this would be fine, except that reports are coming in that Paris is being terrorised by a strange bird like creature of prehistoric proportions. When Adèle returns to the city she soon discovers resurrected mummies and angry publishers are the least of her worries!

If ever a film lived up to it’s name it this wonderfully witty period fantasy by the French director Luc Besson (if you remember that he is the genius behind The Fifth Element (1997) you will get some idea of what you are in for). Translated literally the title means Adèle ‘Dry White’, and like a good French white wine that’s what you have, something dry and sharp  but with a pleasant aftertaste.

Imagine Indiana Jones, transported back thirty years, with the main action taking place in ‘gay’ Paris, and a female Jones, and you have this enchanting film. The whole thing is simply gorgeous, running like one long, extravagant cartoon (which given that the story is based on the comic book heroine created by Jacques Tardi, is hardly surprising). From the palette of muted browns and dusty oranges which colour Egypt and the rich gem like hues of Edwardian Paris, to the cavalcade of grotesque characters that people’s the plot, this is a two hour feast for the senses, both visually and mentally.

Though, by the very nature of the plot there are monsters (human, both alive and dead, and animal), none of them would be likely to give you sleepless nights. There is really very little that would scare anyone – even the pterodactyl is a sweetie once Adèle harnesses him up with her feather boa.  If i was nitpicking, it is the pterodactyl however which causes the only real problem in the film. It is the melding of real life, animatronics and animation involving this creature, which at one point doesn’t quite gel. However this small fault is excusable when you consider how seamlessly the rest of film comes together. Rest assured after watching this you really will believe in prehistoric creatures. There is also one incident towards the end during which those of a squeamish disposition should look away, but as this is intrinsic to the understanding of the plot we will allow it. Neither should the thought of marauding mummies put you off. Forget all those brainless, bandage wrapped corpses that have gone before, from Karloff and Lee, to the more recent ones that Brendan Fraser had to deal with. These guys are in a class of their own, and the pharaoh himself gets one of the film’s best lines, when he suggests a use for the large empty courtyard in front of one of Paris’s museums – clearly as architects and innovators the Egyptians were away ahead of their time.

Basically though, to scare, is really not the reason for this film. It is, like so many French films of the fantastic (who can forget classics like Amélie (2001) and Belleville Rendez-vous (2003)?), simply there to enjoy. Indeed I found the whole thing utterly charming, in a way that modern Hollywood, with their high octane superhero extravaganzas, or shipwrecked star vehicles, couldn’t hope to emulate. Oh that they would take a look at European cinema (from Britain and the continent) – they might actually learn something. Namely that if the story is strong, and the acting good, the rest follows naturally. But there again style, in whatever art form, has always been effortless for the French.